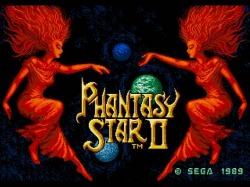 1000 years of peace gone, one adventure to restore it. Help Rolf and company defeat Motherbrain computer system and restore peace to Algo. The sequel to Phantasy Star, hence the II(2).

A list and description of all the main Characters in the game!